Back to Exclusive Features > Falcon Structures 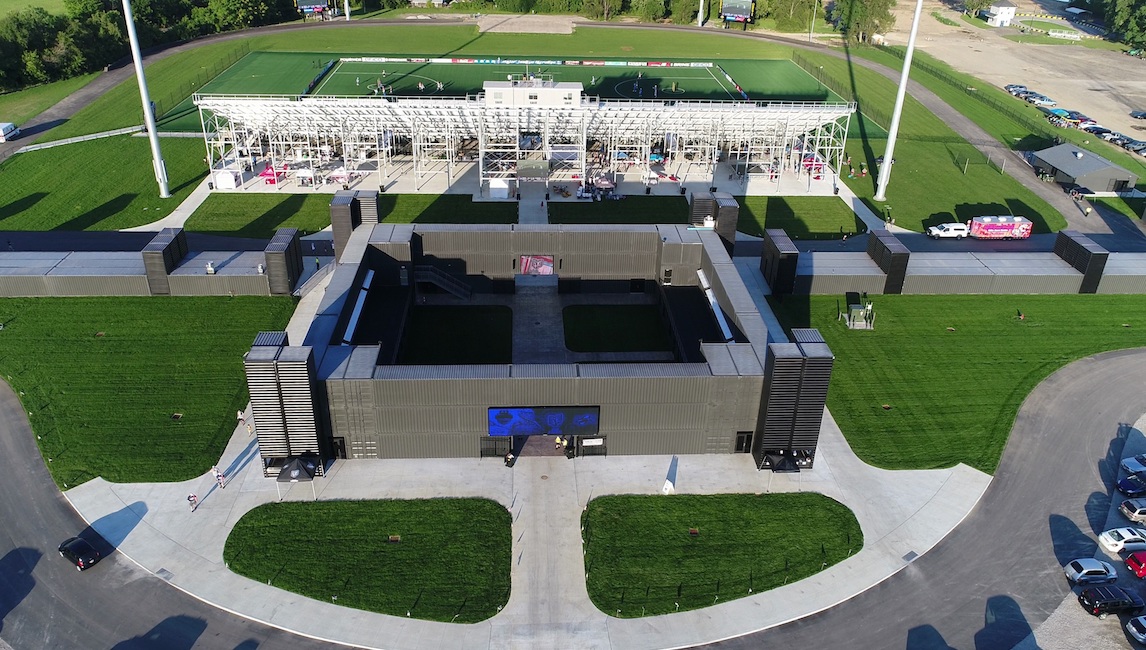 Photo Credit: The Village of Obetz

Falcon Structures continues to grow its portfolio of projects.
By Jim Harris

The closure of the Columbus Motor Speedway in 2016 left its host, the village of Obetz, Ohio, with both a challenge and an opportunity. The village wanted to redevelop the property with a structure that would be large enough to host the home games of the Ohio Machine, a Major League Lacrosse team; as well as major events such as the popular Obetz Zucchini Festival.

With the Ohio Machine’s first game scheduled in less than a year, the village needed a very large structure built in a short period of time. To solve this problem, the village looked to Falcon Structures.