Back to Features > Controlling costs

Today, many owners are realizing the benefits of having an auditor review their construction projects. Validating contract and cost compliance is an important step in the life cycle of any construction project. On any given day, one can find current news articles about an owner being defrauded by an unscrupulous contractor or large budget overruns on public projects. Beyond the risk of fraud, most construction contracts are complex and have ambiguous terms which increase the risk of billing errors. To make matters worse, the person completing the billing process may do the billing for several jobs — each having different contractual requirements. A construction audit can help detect and deter billing errors and fraud and, ultimately, give some peace of mind to stakeholders.

The problem with post completion audits
Simply having an auditor review project costs for contract compliance at the end of the project isn’t always enough. There are several problems with these reviews, including:

1. Recovery is more difficult after the payment has been made
Often auditors are not involved until the project is nearly complete. At this point, it’s significantly more difficult to recover money than to have kept it from going out in error initially. Once overbillings are identified, there is usually a settlement process that often does not even fully recover all the overbillings identified. This can be complicated even more if the contractor and owner do not have an ongoing relationship to incentivize the contractor to respond promptly.

2. Auditors have limited resources and knowledge of the project
Typically, an auditor will have anywhere from two to four weeks to get up to speed about the project, conduct testing and issue a report. Auditors can only dedicate so many resources to getting enough audit coverage to provide reasonable assurance. While auditors are very skilled in working in this type of environment, things can be missed for a myriad of reasons. The auditor may not be fully familiar with the background, the issue may not be common or the issue requires significant detailed review to discover. Audits are only meant to provide reasonable, not absolute, assurance that the processes operated as intended and costs are materially in compliance.

3. Problems identified with the process can no longer be corrected 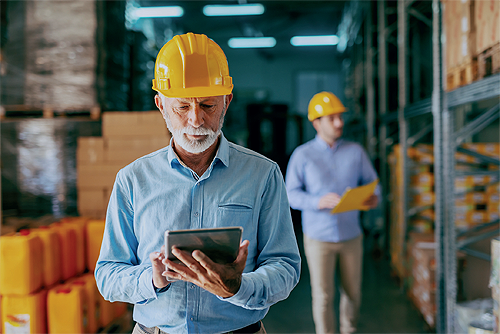 If the project has already been finished when an audit is performed, its already too late to make any meaningful changes unless the owner has several projects that are still ongoing or planned in which to adopt the changes.

What can an owner do?
The real problem with post-completion audits is they are reactive. The owner hopes the audit reveals no significant issues exist and the project is successful. What about when major issues are found? Will an owner feel the project is successful even if those issues result in funds recovered? A solid control structure should help prevent this scenario. Money is saved by strengthening contract protections to the owner, limiting the types of costs to be passed through and by putting strong controls in place. Owners can check all these boxes by involving a construction auditor during planning.

What can my auditor do besides verify cost compliance?
Auditors are process and control experts. When completing an internal audit, the auditor determines if the controls are adequate and effective. If auditors can be included during planning, the auditor’s thought process can be integrated into project planning. The auditor can learn the project background and risks, engage in assessing the controls and, ultimately, use their experience to address potential issues before they manifest. In some cases, auditors can even be involved in performing independent, real-time verification of the controls.

How auditors can be involved:
1. Assess the reasonability of budget variables — Auditors are not necessarily construction experts. However, they can validate factors that drive construction cost and provide independent verification that all relevant variables and best practices have been considered. Often when projects go significantly over budget, construction auditors consider these variables to determine what went wrong. One area of concern, particularly on very large or publicly funded projects, is whether the estimates of material costs, labor productivity rates and/or the contingency methodology used in developing the budget were reasonable. Having construction auditors do this validation during planning can give owners more confidence in their construction budgets.

2. Bid process — Auditors can assess whether the bid opening procedures are adequate and aligned with best practices as well as validate that the process is executed objectively. If there are single or sole source justifications, auditors can validate the justifications are properly supported and appear reasonable. In some cases, it may even be beneficial to have an independent auditor involved in the bid opening and scoring process to help ensure objectivity.

3. Contracting — Most construction auditors spend a great deal of time understanding the key terms and conditions of construction contracts in order to assess risk, prepare work plans and execute testing. Auditors can use this experience and knowledge of construction contracts to provide valuable recommendations to better protect the owner from contracting pitfalls. Some key areas where auditors provide valuable feedback may include documentation and data requirements, allowable vs. unallowable costs, how overtime or double-time labor is billed, defining labor burden, proper limits are set for mark-ups and fees, how contingency is used and controlled, if equipment should be purchased or rented, etc.

These are just a handful of ways construction auditors can add value to a project without ever performing an ‘audit’ that will better protect an owner from the pitfalls of invalid, erroneous or potentially fraudulent billings prior to any cash ever leaving the owner’s hands. However, despite having an auditor involved early in the project, a close out audit should still be completed as a final point of validation and completeness check. The point is to put effective processes and controls in place to stop issues before they arise or catch them in real time when they do. Having the construction auditor involved early on helps the owner check all these boxes proactively. Since it is significantly easier to control costs by ensuring that payments for non-compliant costs never go out the door than it is to recover them after the fact, why not make the auditor thought process part of the construction planning process and the construction auditor part of the construction team?

Seth Snyder is Advisory Services Director at Grant Thornton LLP. Founded in Chicago in 1924, Grant Thornton LLP (Grant Thornton) is the U.S. member firm of Grant Thornton International Ltd, one of the world’s leading organizations of independent audit, tax and advisory firms. Grant Thornton, which has revenues of $1.92 billion and operates more than 50 offices, works with a broad range of dynamic publicly and privately held companies, government agencies, financial institutions, and civic and religious organizations.
www.grantthornton.com