With ever-larger national infrastructure projects on the horizon, such as the Las Vegas – California high-speed rail, the need to embed counter terror systems in building design becomes more important.

Acts of terror are varied in method, but the one common denominator is crowds or areas of high footfall. Therefore, it is necessary to consider and plan the implementation of effective counter terror measures for buildings that can house 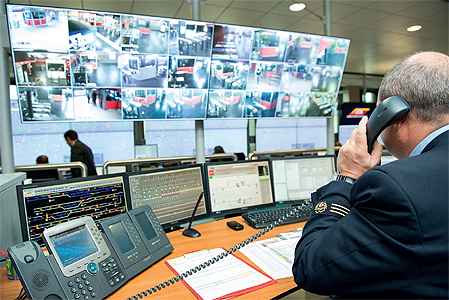 large crowds or act as transport links, like terminals and international airports with wide-open spaces such as New York’s JFK airport.

Cities like New York and Las Vegas, thriving centres of business and tourism, are more vulnerable to terror than smaller cities because they attract high footfall and media attention, and also hold a high amount of economic value to the country. In turn, any transport based in or going to and from a major city is more at risk of terror than transport links between small towns, due to the almost certain guarantee of large crowds and number of commuters at any time of day.

Contributing factors to the success of counter terror measures include optimising the location and implementation of security cameras and barriers, and designing the layout of a building to minimise areas where a dense crowd can gather, in which acts of terror could be ‘hidden’ from the eyes of security teams. But the key to watertight counter terror security measures lies in early and effective planning. This is why BIM – which allows for collaborative planning from the earliest stages of a project’s conception – is so critical in embedding counter terror systems, especially new technologies, in buildings and related infrastructures.

What new technologies can be used to combat terror?
The advent of artificial intelligence (AI) has vastly improved counter terror technology. AI serves as an intelligence-gathering tool to recognise terror risks and to facilitate early alerts to law enforcement personnel to prevent crime.

Facial recognition is just one example of the capabilities of technology that uses AI. As facial recognition uses biometric data to match a face to an identity, it can significantly enhance the accuracy of CCTV systems and speed up intelligence operations.

Another option is infrared cameras, which can reveal hidden weapons. The technology works by sensing temperature over a surface or object, so can detect objects over a certain size hidden within clothing as they block emission of body heat. The benefit to security teams extends beyond greater awareness of potential security risks, as the technology allows for suspects to be non-invasively screened rather than searched. This not only reduces the risk to security personnel if the suspect is carrying a knife, but it may also help to reduce incidences of negative ‘stop and search’ experiences on law-abiding members of the public where suspicion was due to human error.

All of these technologies can be programmed to automatically alert police whenever it recognises a confirmed terror suspect or known offender entering a vulnerable area such as a terminal. 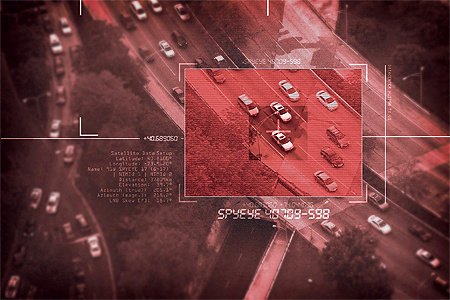 Our i7ense software platform goes further than this; using AI to recognise sensory patterns, including faces, weapons, guns or knives, and can alert security teams whenever it perceives a person to be acting suspiciously – carrying a backpack in an odd manner or attempting to ‘hide’ from security cameras, for example.

Importantly, i7ense can then be programmed to recognise pre-configured sequences and patterns, such as the coincidence of a mobile phone MAC address with facial recognition and other sensory tell-tales and sensory signatures, and provide the alert and a decision on whether to take action or initiate further investigation by security or law enforcement personnel.

While AI software is often integrated into traditional signallers of security – cameras and e-gates in airports, as an example – there is potential to improve the effectiveness of security systems by integrating technologies within the structure of a building itself.

‘Hiding in plain sight’
There is much evidence to suggest that obvious or overt security measures can make law abiding citizens feel uncomfortable and fearful. The debate around facial recognition and privacy is a prime example. Unfortunately, while security and counter terror measures are necessary to keep people safe, highly visible measures may serve to remind the public of the constant threat of terror. But BIM is working to change this.

Designing buildings with more joined-up counter terror systems in mind allows for greater options in providing discreet security. If small camera lenses were built into walls or ceilings, for example, it could help to reduce the ‘fear effect’ of more obvious security measures while additionally making it more difficult for criminals to spot cameras and avoid them.

Early implementation of new technologies may also create economies in cost and hardware, as late implementation can incur additional building work. Integrating counter terror measures at a late stage may also force project leaders to settle for options that retro-fit within the current specifications of the building, rather than what is needed to best safeguard the public.

Adrian Timberlake is chief technical director of Seven Technologies Group (7TG) and an expert in technology that uses AI for counter terror and other security settings. 7TG is a UK defence manufacturer, specialising in the provision of intelligence, surveillance and reconnaissance (ISR) systems. The company is currently developing i7ense, an intelligent autonomous system that combines AI, facial recognition and sophisticated algorithms and is designed to support police forces, border security and military operations.
www.7techgroup.com