Skip to content
You are here:Home » How the National Cement Company of Alabama is steering towards a green future 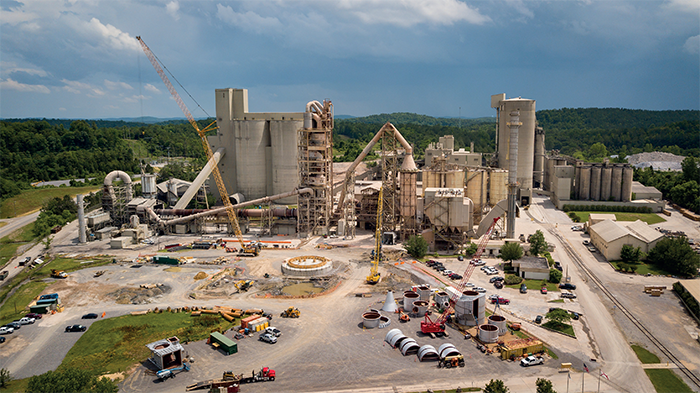 The National Cement Company of Alabama (NCCA) first began producing cement at its current site in Ragland, Alabama in 1908, then operating under the name of the Atlantic & Gulf Portland Cement Company. The company changed its name to National Cement Company in 1920, enjoying various owners up until 1974, when it was purchased by the Vicat Group, a French company with origins stretching back as far as the early 1800s, when Louis Vicat first invested in artificial porous cement production. Following the acquisition, Vicat Group set upon a program of modernization and plant improvements that have brought NCCA to its present-day status. Today, the company produces Portland Cement Type I, II and III and masonry cements, which it ships via truck and rail from four terminal distribution locations around Atlanta, Georgia, and one in Greenville, South Carolina. NCCA also operates ready-mix concrete subsidiaries, in the shape of Kirkpatrick Concrete and Hodgson Concrete in Alabama, and Walker Concrete in Georgia. 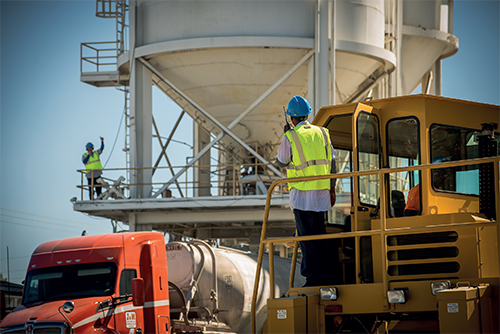 Among the biggest challenges currently facing cement producers like NCCA is a growing emphasis on decarbonization, with pressure mounting both within the industry and beyond, from the consumer to the governmental level. NCCA’s own decarbonization plan sets out the company’s ambition to achieve carbon neutrality by 2050 through the value chain, and the company took a significant step towards this earlier this year, as it commenced a two-year, $300-million project to install new cement production equipment throughout its Ragland plant. As Spencer Weitman, President of the NCCA, explains, the equipment will take advantage of the “very latest carbon reduction practices and modern energy technologies,” chiefly substituting fossil fuels with alternative fuels. “The primary goal of the improvement project is to meet the global climate challenge head-on, and to be ready for the southeast’s impending demand for building materials with a lower carbon footprint,” Spencer comments. The company has already added a new vertical raw mill, a preheater tower with an advanced kiln line and cooler, an automated clay storage system, an alternative fuel storage facility, and a fully automatic integrated laboratory and control center. Meanwhile, the ongoing installation of electrical motors is expected to reduce energy consumption by as much as ten percent. “We’ve also eliminated coal as a fuel source, replacing it with biomass,” Spencer continues. “This alone has delivered a 30 percent carbon footprint reduction. The next step for us will be the production of Portland Limestone Cement (PLC) or Type IL, an innovative blended cement that contains up to 15 percent limestone. This will drop our carbon footprint by another ten percent. We’re currently in the process of conducting testing and making various initial production runs.” By 2023, it’s expected that all Type I general-purpose Portland cement (OPC) produced in Ragland will be switched to Type IL PLC. But these aren’t the only efficiency measures underway at NCCA. The company is also revolutionizing its shipping operations, prioritizing energy-efficient modes of transportation. “On a ton-mile basis, shipping by rail is more fuel efficient than shipping by trucks, lowering greenhouse gas emissions by up to 75 percent on average,” Spencer tells us. “Therefore, our carbon neutrality goal impels us to look at moving a larger volume of freight by rail.” National Cement also owns approximately 4000 acres of land, of which around 800 acres are used for the plant site, storage, and quarrying, with the remaining 3200 acres consisting of timber or grasslands. “We’re currently studying the best management of our land to gain the best carbon offsets for the future,” Spencer reveals. “Long term, we will embrace carbon capture and sequestration, capitalizing on technology that is maturing every day. “The Vicat Group is also researching and building new ways to reduce the carbon footprint of all their plants worldwide,” he adds. “We’ll adopt their designs and technology in order to further reduce our carbon footprint, in addition to what we’ve already accomplished.” Also speaking to Construction Today, Hervé Lapillonne, Project Manager at NCCA, echoes Spencer’s comments. “In several countries, Vicat Group is very active on the topics of carbon neutrality, with hydrogen, ethanol, solar energy, calcined clay and algae tests underway in some of its plants,” he says. “At NCCA, we have the advantage of being smaller and more agile than Vicat Group as a whole. Although we’re a creator of CO currently, we’re therefore well-positioned to develop innovative solutions in the future.” 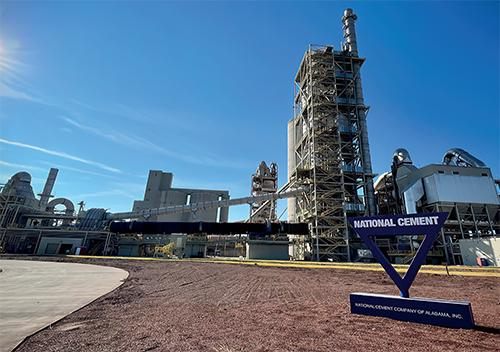 “All in all, we expect our investments to make our cementitious product one of the lowest carbon cements in this market,” Spencer reiterates. “It’s a big step in the entire industry’s efforts to achieve carbon neutrality throughout the concrete value chain.” NCCA’s aim for 2050, like the majority of carbon goals, requires change on the grandest of scales. To reach it, however, is the product of a series of small changes, driven largely by the work of hundreds of dedicated individuals. To this end, Spencer is effusive about what he describes as the company’s “unique family culture,” which he believes creates the foundation for much of NCCA’s success. “Here, everyone knows everyone,” he confirms. “We’re a lean, largely flat organization. Our management is approachable, and they take it upon themselves to interact with our employees as best they can. We’re also hands on in our role, which gives us the ability to react to events and make crucial decisions at speed.” It’s a quality that came into particular use during the Covid-19 pandemic. “We were able to organize ourselves rapidly, implementing strong health and safety measures to test, isolate, and protect our people,” Spencer recalls. “Fortunately, our industry was deemed essential, as was the construction industry that we serve. Therefore, we continued to operate effectively, with projects running as best they could, and the ongoing production and shipment of cement. “Resilience is the word,” he then insists, reflecting on some of the logistical challenges of the period. “Although we source the maximum volume of product possible from within the US, we still rely on supplies from Turkey, Egypt, Germany, and elsewhere. Regardless, we kept going, working closely with many of our supplier and vendor partners to navigate the tough times. They stepped up to ensure they had inventory in stock, or would help us by expediting parts or materials that we needed for our plant operations. It’s a testament to the long-term relationships we’ve built up and maintained over the years.” Alongside the expansion of NCCA’s Ragland plant, the company has also increased the capacity of its terminals in Greenville, South Carolina and Jefferson, Georgia. Now, the company is building three new terminals: one in Stockbridge, Georgia, servicing the company’s Atlanta customers, along with two in its Nashville market: one in Dickson, and another in Lebanon. “These terminals will help us reduce truck deliveries from our Ragland plant,” Spencer confirms. “We’ll be adding to our fleet of rail cars to handle these new terminals, and increasing the loading capacity at the Ragland plant to load more rail cars. We’re continually upgrading our fleets and plants.” For now, the NCCA remains in transition. “We have one of the most beautiful plants in the country now with the technology available,” Hervé states. “The balance, the emission control, and the tools and devices we now have at our disposal is amazing. We’re ready to face the future with great confidence.” “With the launch of our new production facility, new raw materials, new fuels, an increasing rail fleet, and the addition of more distribution terminals, we have a lot of moving pieces in play,” Spencer concludes. “In the near future, our focus is to increase efficiency across our operations, so that five years from now we’ll have a highly efficient and productive plant. We’ll continue to execute our carbon reduction plan, servicing our customers with quality, consistent products, that allow us both to grow in tandem.” www.nationalcement.com/nccal
Share This Post: