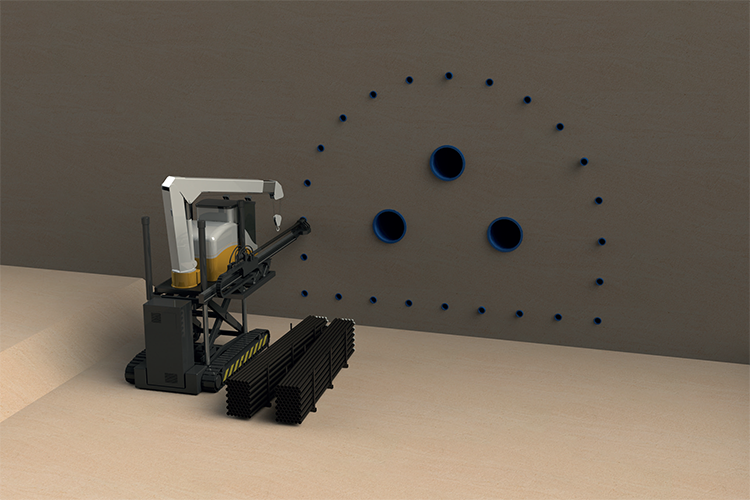 The USA’s $1.2tn (£895bn) infrastructure bill, described asa ‘once-in-a-generation’ initiative by President Joe Biden and signed into law in November 2021, has catapulted construction into America’s mainstream news. But in addition to the headline-grabbing projects, there are some less well-publicized reasons why one of construction’s sub-sectors, tunneling, is set for a North American boom.

Tunneling is capable of making headlines of its own, of course. Not least, there’s much media interest in the new railroad tunnel, which will be built under the Hudson River between New York and New Jersey as part of Amtrak’s Gateway Program. And though it’s a long-shot, the infrastructure bill has renewed national news stories about the idea of connecting New York and Boston with a high-speed railroad by building a 16-mile tunnel under Long Island Sound. But the greatest number of new tunnels in the USA in the foreseeable future will be built on a much smaller scale, and for reasons that might surprise you.

One of those reasons is forest fires. The other is migrating salmon. And if that doesn’t have you raising your eyebrows, this might: the most cost-effective method for getting these tunnels constructed was recently invented by a start-up company in Britain.

A radical new approach
That start-up is hyperTunnel – and it’s set to completely change the way that underground spaces are built, enlarged, maintained and monitored. hyperTunnel is making this possible through technology transfer and digital transformation. The company is adapting ideas from innovation-rich sectors such as Formula 1, mining, oil and gas, chemistry, and surveying, and developing theses for tunneling at its R&D facilities in Hampshire. 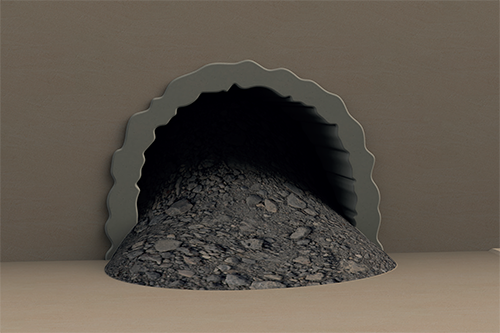 Whereas the conventional method is to dig a hole then build the tunnel, hyperTunnel first builds the tunnel, then digs the hole. And rather than pushing through the ground with a boring machine, hyperTunnel 3D-prints a flat-floored tunnel in the ground. Because this methodology is scalable, it is suitable for tunnels large or small. As a result, all manner of tunneling projects will become more sustainable, less expensive, less time-consuming and commercially less risky. These are significant advantages at a time when there is increasing need of underground transport and facilities infrastructure.

Small tunnels for fires and fish
Unlikely though it might sound, this infrastructure will include new measures in the USA to help endangered species of fish migrate and to prevent forest fires.

In Washington state, for example, the obstructive effects of man-made structures on several endangered species of salmon have become a major environmental concern which the state is under pressure to address. To give the fish the free passage they need to travel out to the sea and back inland to spawn, many new, small tunnels are needed.

About 1,000 miles south of the fish-friendly tunnels, in hot and dry California, the biggest environmental concern is forest fires – and thousands of these, including many of the most destructive, have been started by trees or branches falling on power lines. The same deadly problem, though on a lesser scale, has afflicted New Mexico and Tennessee. Which is why Pacific Gas & Electric recently announced aims to bury about 10,000 miles of distribution and transmission lines in California, at a projected cost of $15bn-30bn.

Putting lines underground currently costs about $1 million per mile where it’s easy and much more in mountainous areas. That’s five to ten times the expense of hanging a line overhead. But hyperTunnel can reduce this cost significantly by applying the same methodology with which it will make the construction of larger tunnels more affordable.

Swarming hyperBots
hyperTunnel first drills a series of horizontal bores to form the tunnel’s outline. These make it possible to take multiple parallel core geology samples along the entire tunnel path. Data is gathered from the bores by semi-autonomous robots and a proprietary 3D ground-penetrating radar system. Seismic, tomographic and thermal imagery data are also meshed together to facilitate 3D visualization.

All this data is further used to create a digital twin of the tunnel and surrounding ground. This means that, for the first time in tunneling, a complete and detailed picture is formed of the geology that will be encountered along every centimeter of the tunnel’s path – whether and where there may be changes in geology, fissures, voids or water. This eliminates the risk of uncertainty and unanticipated construction expense inherent in the current method, which is to drop vertical boreholes along the planned tunnel path up to 500 meters apart, a distance over which geology can change.

Moving from the preparation phase to the construction phase, hyperBots are now sent into lined construction bores to create the structural shell of the tunnel using swarming techniques. These hyperBots perform a wide range of tasks including drilling and the deployment of composite construction material in an additive manufacturing process using the same principle as 3D printing.

The hyperBots work to a construction plan shaped by the digital twin of the tunnel and by Artificial Intelligence providing key data such as material strength, chemical volume, and location. This is much better than current methods because it enables deployment of exactly the right construction materials along every centimeter of the tunnel.

By using hyperSwarm technology, hundreds or even thousands of hyperBots can work simultaneously all along the tunnel path, with the ability to pass each other and move freely. This results in higher productivity than current methods, significantly reducing construction time and costs, not least because the whole tunnel is being worked on all the time rather than just tackling one or two faces.

The hyperTunnel method is also more efficient because – unlike the use of cylindrical boring machines – the base of the tunnel can be built flat (or in any shape required), reducing the amount of spoil that needs to be removed.

When construction is completed, the digital twin simplifies handover and provides a ‘single truth’ database of construction and geology details. This enhances asset maintenance and management over the lifetime of the tunnel, reporting on its health regularly every day.

Being scalable, hyperTunnel’s methodology is advantageous whatever the tunnel’s purpose and size. Before growing to mega projects, the company expects to start with smaller scale tunnels and repairs, and recently won a contract in the UK to work with Network Rail on non-disruptive tunnel repairs and maintenance. The company is also engaged in serious talks with a number of states and construction companies in the USA, as well discussions with project leaders in Canada, India, Japan, the Middle East and the UK.

Jeremy Hammond is co-founder and Co-CEO at hyperTunnel. With a background in cutting-edge renewable energy technology, and senior leadership roles at two FTSE 100 companies, he leads hyperTunnel’s commercial activities.
https://www.hypertunnel.co.uk/