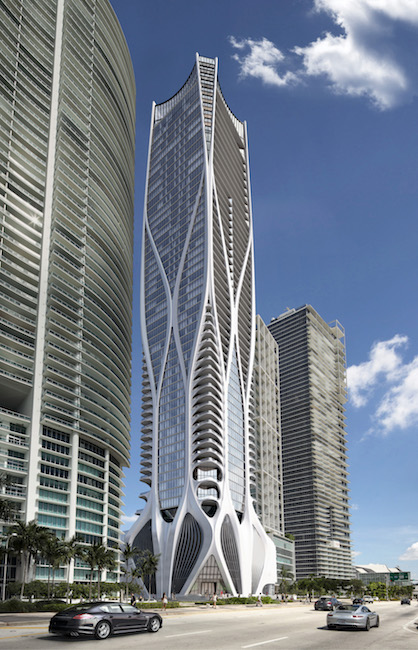 GM&P’s ownership and sibling companies enable it to engineer, design and provide glazing for many of Miami’s most notable projects.
By Jim Harris

During its first five years in business, Giovanni Monti & Partners (GM&P) grew from $400,000 to $150 million in revenue. “We were in the right place at the right time and had the right people behind us,” founder Giovanni Monti says of the accomplishment.

Monti founded the Miami-based glazing contractor in 2011. He had an already strong relationship with Jose and Christian Daes, owners of Tecnoglass, a supplier of architectural glass, windows and associated aluminum products used in GM&P’s projects. “Jose and Christian helped me grow the company by giving me the possibility to access to almost unlimited production capability and an engineering team that could support me in the design of new product to distinguish us for the competition,” Monti says. “We were able to compete from day one.”