Skip to content
You are here:Home » Beneath our feet
Technology Equipment Infrastructure Projects Features 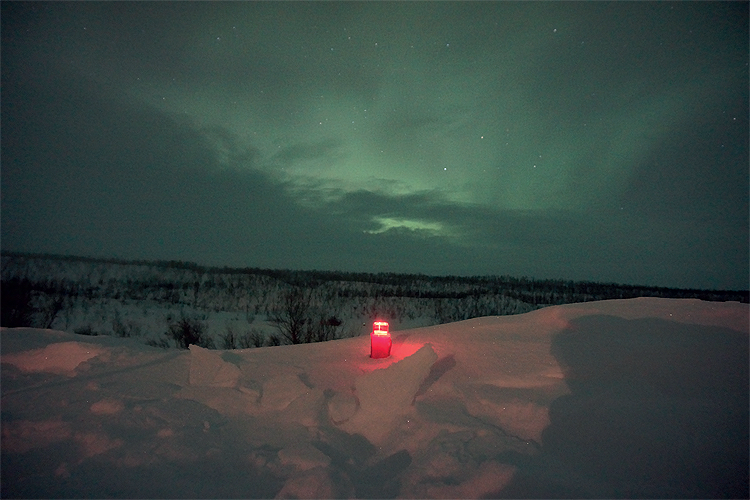 This year marks a century of seismic imaging, a type of geotechnical survey that has enabled ground-breaking, game-changing discoveries beneath the Earth’s surface, without actually having to break the ground first.

Since the first successful surveys in the 1920s, the evolution and contribution of the technology has been remarkable, particularly for the oil and gas and engineering sectors.

But that doesn’t mean that innovation can stop. The equipment has evolved to be large, cumbersome and fuel-guzzling, requiring environments to be partially cleared or roads to be closed in built up areas. This is making the process expensive, environmentally disruptive, and difficult to manage in many settings, including urban areas and rugged terrains.

Seismic acquisition today
Conventionally, seismic acquisition today is done with vibroseis; big trucks mounted with hydraulic shaking plates that inject vibrations into the earth. The seismic waves they generate are reflected and collected by geophones on the surface and used to estimate the properties of the Earth’s subsurface.

For the construction and engineering industries, geotechnical site characterization (understanding the soil properties under a proposed construction site) through seismic surveys has been one of a key, non-intrusive method of provide an accurate image of the subsurface. A seismic survey reduces the need to sample the ground through boreholes or test pits, and even when the latter are required, it complements the information in between these coarse measurements. This provides essential information for planning major construction or engineering projects.

Increasingly, many infrastructure and construction projects are being built in environments that are difficult for trucks or heavy machinery to access. For instance, obtaining seismic acquisition for a city-center subway project would require disruptive, lengthy road closures, as trucks and people are positioned to gather data recordings. Mapping the subsurface of, for instance, mountainous terrain throws up different but equally difficult challenges, with steep inclines and roads that are difficult to navigate. In short, bulky seismic receivers are simply not fit for geotechnical surveys of less accessible locations – and they’re not great for any project’s budget sheet or carbon footprint either.

That is where nodes – no heavier or larger than a smart phone – and pioneered by seismic technology providers like STRYDE, are enabling seismic surveys to be carried out in less-accessible locations and in a way that is less disruptive for the environment. They are making an enormous difference, bringing the advantages of high-density seismic to more challenging environments in a way that is affordable and efficient. 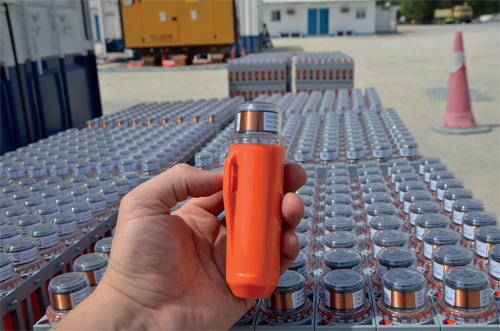 At 150g, nodes are light enough for a single person to carry 90 of them. This means that a two-person crew can deploy and retrieve hundreds of nodes in a single shift, reducing the need for heavy vehicles to transport equipment and, allowing seismic contractors to work without roads being closed, all while helping to lower the carbon footprint associated with project development.

This saves time and money. Nodes are now being used extensively and across various industries, to image the subsurface, whether it’s for oil and gas, renewable energy projects, such as geothermal or for archaeologists seeking to unearth the past.

Seismic acquisition in challenging environments
As I’ve touched on, one area in which these nodes have a particular advantage – and the potential to be revolutionary – is in mountainous terrain.

Earlier this year, we announced that we had been working with a company called Explor to trial seismic imaging of a mountainous terrain in the Canadian Rocky Mountains. Ordinarily, given the limitations imposed by steep and narrow mountain paths that limit access to smaller vehicles, mapping of this sort would require expensive and carbon-omitting helicopters to draft in heavy equipment, posing numerous health and safety risks in the process.

The mountain, surveyed by Explor in the Summer of 2020, was particularly inaccessible, reaching over 2000 meters in height, with the steepest slope gradients exceeding 40°. Large, unstable boulders meant that the only way to deploy nodes was on foot – but a team of three people was able to do this, deploying one node every minute, with remote support to assist with distribution and activation. From there, the nodes can continuously record seismic data for at least 28 days at temperatures well below freezing, without being touched. The nodes worked in conjunction with Explor’s own PinPointTM seismic source, gathering a 2D seismic line of the mountain’s subsurface.

Once the data had been collected, two members of Explor’s team spent just three hours retrieving several hundred nodes from across the mountain. The equipment needed for deployment and recording, including both the STRYDE Nimble system and the PinPoint source system, could fit into a single pickup truck and 20-foot trailer. This is in stark contrast to a previous, similar Explor seismic study, which had required a 50-foot tractor trailer and a truck, plus 18 people, just to transport the system into the seismic camp.
The opportunity for the construction industry

One hundred years on from the first game-changing seismic surveys, the technology has evolved to once again break new ground. And for the construction industry, these inconspicuous nodes represent an incredible opportunity to obtain seismic data, that paints a picture of the layers beneath our feet, enabling more efficient, accurate and decisive planning of complex infrastructure and engineering projects. And this in a way that is far more accessible and far better for the environment – whether that’s in the heart of Quebec, or at the peak of Mount Robson.

Mike Popham is CEO of STRYDE. STRYDE’s mission is to make high density seismic affordable to any industry. Its customers benefit from a substantially reduced environmental footprint, reduced HSE risk, faster surveys, and significant operational efficiencies. Put simply, STRYDE’s products save customers money and time while enabling them to deliver the best quality seismic data.
With over 170,000 STRYDE NodesTM deployed or purchased globally, STRYDE is helping customers around the globe to acquire an unparalleled understanding of the subsurface.
www.strydefurther.com